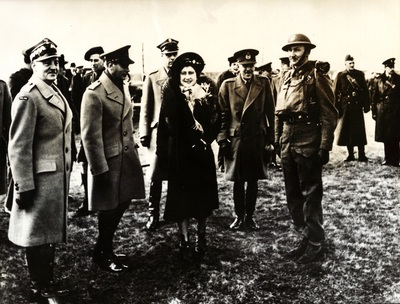 General Władysław Sikorski (Prime Minister of the Polish Government in Exile and Commander-in-Chief of the Polish Armed Forces until his death in 1943); King George VI of the United Kingdom; his wife, Her Royal Highness The Duchess of York; unidentified. Visit to the Polish 1st Corps in the West, Scotland, 1941.