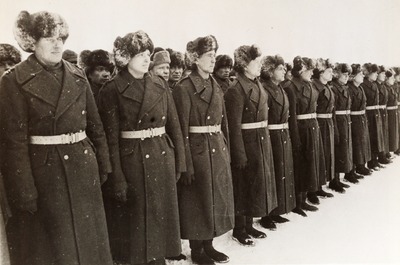 Caption: “Russian caps, British Coats.” Polish units in the Polish Army in the East (Anders Army) in the Soviet Union ready to parade before General Władysław Sikorski (Prime Minister of the Polish Government in Exile and Commander-in-Chief of the Polish Armed Forces until his death in 1943). December, 1941.