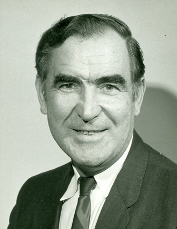 Dr. Walter Drzewieniecki (1914-2010) was a distinguished SUNY Buffalo State College professor, Polish-American community activist, and decorated Polish Army WWII veteran. Born in Poland, he was commissioned as an officer in the Polish Army in 1937 after attending a military academy. He fought in the September 1939 campaign in defense of Poland against German invasion and was decorated several times for bravery. After Poland’s defeat, he joined the Polish resistance and, in 1940, escaped through Nazi-occupied Europe to the Middle East where he joined the Polish 2nd Corps. Before participating in the Italian Campaign, he taught at a Polish military school in Palestine and took courses at a British officer’s school. In Italy, he served in the operational staff of the Polish Army commander, General Anders, and participated in the famous battle of Monte Cassino. He ended his participation in WWII as chief of staff of the Polish division that captured Bologna. The Drzewieniecki Collection includes many valuable documents and photos related to the participation of the Polish armed forces in WWII.

When the war ended, he married Zofia Krzyżanowska. The Drzewienieckis then went to England and from there, in 1947, to Canada, where their daughter, Joanna, was born. In 1950, they immigrated to the United States where they lived for the rest of their lives. After owning farms in Canada and Wisconsin, Drzewieniecki finally realized his dream of furthering his education and received his Ph.D. from the University of Chicago in 1963. That same year he became a History professor at SUNY Buffalo State College where he had a distinguished career until his retirement in 1981. He served as Chairman of the History Department and founded the East European and Slavic Studies Program which featured a unique combination of courses, cultural events, and support from Buffalo’s East European communities. He also headed the Ethnic Heritage Studies Program. In recognition of his work, he received one of the State University of New York at Buffalo 125th Anniversary Awards. Finally, Drzewieniecki was a Polish community activist from his arrival in the U.S. to his death, as well as a recognized leader of the Buffalo Polish-American community. Drzewieniecki published books and articles in both in English and Polish. In addition to academic topics, he wrote widely on his own and Polish participation in WWII and on Polish-American community affairs.