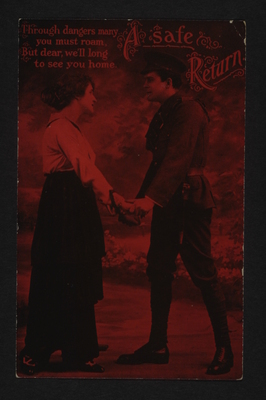 At the onset of the First World War British morals remained largely rooted in the notions of decorum that had been associated with the Victorian and Edwardian periods. As can be seen, this was reflected in this series of cards, in which relations between men and women were treated in a formal and surprisingly detached fashion.

Intimate portrait of a soldier and a woman