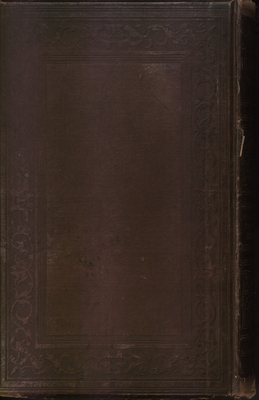 Back cover of the SUNY Buffalo State facsimile of William Shakespeare's First Folio from 1866.

In 1957, cryptographers William and Elizebeth Friedman performed the first scholarly investigation of all Baconian ciphers in their book The Shakespeare Ciphers Examined. After examining each type of code, cipher, anagram, and acrostic step by step, the Friedmans eventually concluded that “anyone with sufficient diligence, prepared to juggle with [Francis Bacon’s] name in suitable ways, and to plough through the texts of the First Folio searching for numerical clues, should be able to prove to his own satisfaction that [Bacon] wrote Shakespeare’s plays.”[1]

It is clear in the SUNY Buffalo State First Folio facsimile that the marginaliast was very satisfied that the notes s/he entered in the margins were indisputable proof of Bacon’s authorship. As we’ve seen, these notes were largely taken from various other Baconian texts, most written in the first two decades of the twentieth century.

There’s still a lot we don’t know about the First Folio facsimile and its marginaliast. How did the facsimile arrive at the SUNY SUNY Buffalo State Special Collections? Did it perhaps belong to a faculty member or a former student? And is it possible the marginaliast was affiliated with the College?

We may never have the answers to those specific questions, but as shown in this exhibit, we can learn plenty from the marginalia itself both about the Baconian movement more generally and about how this unique copy was used and read.