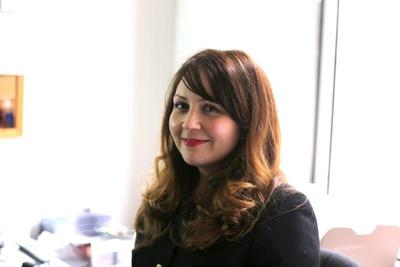 The Commercial Sexual Exploitation Of Children

Dr. Meredith Dank is a senior researcher at the Urban Institute’s Justice Policy Center. Her areas of focus include the commercial sex economy, human trafficking, teen dating violence, LGBTQ issues, victimization, and qualitative methods. She served as principal investigator on several human trafficking studies funded by the Department of Justice, including a study that measured the underground commercial sex economy in the United States, and another that documented the experiences of LGBTQ youth, young men who have sex with men (YMSM) and young women who have sex with women (YWSW) engaged in survival sex and their interactions with the criminal justice system. She is currently a co-principal investigator on a HHS-funded study to develop a human trafficking screening tool for runaway and homeless youth and youth involved in the child welfare system.

An expert in human trafficking, Dr. Dank has conducted research in over ten countries and took part in a White House stakeholder meeting on victim services for survivors. In her past work at Urban, Dr. Dank was co-PI in an NIJ study that surveyed 8,000 teenagers to shed light on how young people use technology and social media to perpetrate dating violence, stalking and sexual harassment.

She holds a Ph. D. in criminal justice from John Jay College, and divides her time between Washington, D.C. and New York. She is the author of The Commercial Sexual Exploitation of Children (LFB Publishing, 2011).