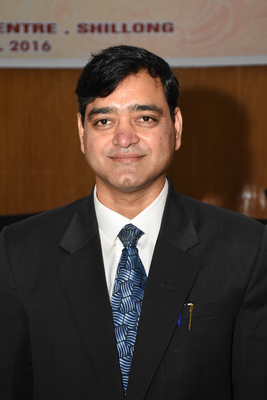 Executive head of CARA, which is an autonomous national body under Ministry of Women and Child Development, Government of India, with a mandate to regulate, monitor and promote domestic adoption and inter-country adoption of children from India. Adoption process has to be in accordance with Juvenile Justice Act 2000 (JJ Act) and Inter-country adoption has to be in accordance with Hague Convention on Adoption. CARA is a Central Authority of India under Hague Convention on Protection of Children and Cooperation in respect of Inter country Adoption (1993). As executive head of the Authority responsible for overall functioning, including drafting of policies; coordinating with Ministry for legislative and Ministerial approval; implementing policies; capacity building of all stakeholders throughout the country (in all states) through workshops, seminars and training programs for Judicial officers, State Government officials, police officers and NGOs; creating and executing media plan for publicity and information dissemination and; monitoring and streamlining of online portal CARINGS, which has been introduced vigorously to make the whole system transparent, effective, time efficient and to encourage informed choice in the best interest of the child. CARA added mandate of stopping illegal adoptions in the country through informal channels and bringing into fold of adoption of all those children in Child Care Institutions across the country who are orphan, abandoned and surrendered (this would include almost more than five thousand agencies).