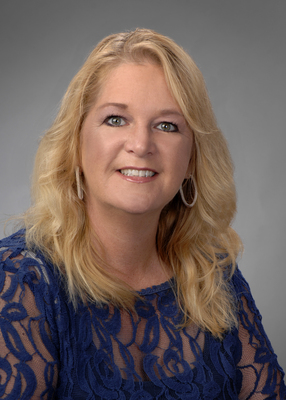 Slavery In The Land Of The Free

Ms Flores has been a licensed Social Worker for over twenty years. She received a Master's in Counseling Education from the University of Dayton and a Bachelor's of Social Work from Ball State University. Ms. Flores was appointed to the Ohio Attorney General's Human Trafficking Commission in 2009 and has testified before the Ohio House and Senate in support of Human Trafficking Legislation. Her efforts were a major part of the success of these bills being passed into laws. In January 2012 at the State of the State Address, Ms. Flores received The Courage Award from Ohio Governor Kasich for her work in human trafficking. She also has received the 2013 Christian Service Award, the highest award given by the University of Dayton's Alumni Association for her work with SOAP.

Ms. FLores has been featured by the National Underground Railroad Freedom Center Museum in a traveling exhibit entitled, Invisible Slavery and has published three books, "The Sacred Bath" and "The Slave Across the Street". The audio version of her last book was nominated for The 2011 Audie Award, being in the top 5 of all memories and biographies and is on the Wall Street Journal and USA Today Best Seller list for e-books. Her newest book was just released by Random House UK. She is an international speaker and regularly presents to middle and high school students, at universities and to groups of people wanting to learn the red flags of trafficking in the U.S.

Ms.Flores was featured in a Short Documentary, The Girl Next Door, which has won many awards at film festivals all across the U.S.

Her story has been seen on The Today Show, MSNBC: "Sex Slaves- The Teen Trade", the 700 CLub, CNN/HLN, Glenn Beck's "For the Record" as well as many local and national radio shows. Her national rescue mission- S.O.A.P. has been featured on Dateline, Nightline and America's Most Wanted.