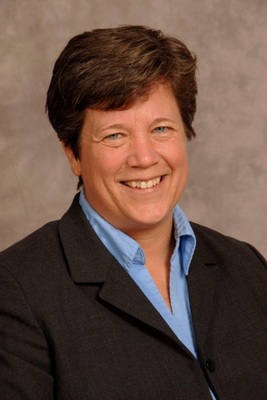 As provost, Perreault is responsible for Buffalo State’s 170+ undergraduate programs, 60+ graduate offerings, and more than 400 full-time faculty across the college’s five schools: Arts and Humanities, Education, Natural and Social Sciences, Professions, and the Graduate School. She also oversees Assessment and Curriculum, the Institute for Community Health Promotion, the Teacher Education Unit, and University College.

Before joining Buffalo State, Perreault was associate provost at Salisbury University—a position she has held from 2011 to 2015—overseeing the university’s honors program, the instructional design and delivery department, and all new program proposals. She also served as a liaison between the University System of Maryland and Salisbury for academic policies and provided oversight for all the university’s satellite sites.

She led a campuswide effort to develop Salisbury’s five-year strategic plan, collaborating with faculty, staff, and students to set priorities and goals with deans and administration. Furthermore, she developed a web interface to facilitate inter-institutional accountability and transparency to better connect the university’s budgeting to the strategic plan.

Perreault also served as co-chair of the university’s steering committee for the Middle States Commission on Higher Education reaccreditation process; wrote proposals to develop online M.B.A. and social work programs; implemented an online reporting system for faculty tenure and promotion; and successfully advocated to double the university’s faculty provisional development budget. Perreault previously served as Salisbury’s interim vice president for academic affairs (2010–2011) and chair of the history department (2008–2010). A faculty member in Salisbury’s history department since 2000, she is an accomplished scholar in colonial American history. Her current research focuses on violence in the early Chesapeake. From 1997 to 2000, Perreault was an assistant professor of history at the University of Central Arkansas.