News: Letter to his parents (1) 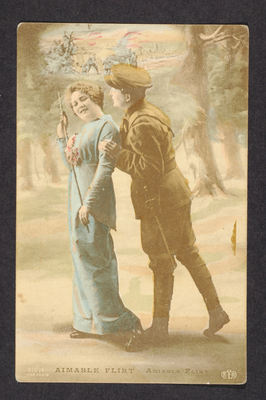 Postcards were one of the most efficient ways to communicate between soldiers and civilians. Receiving a letter or postcard meant that the soldier was alive. Studying postcards thus brings new perspectives on the ongoing war. For example, they give us a window into the soldiers’ lives. While fighting was often paramount, they also played, read, and demonstrated a variety of emotions by expressing interest in their former civilian lives. Above all, they always sought news from their families. This absence of message is, in a way, a message. It shows that war was not their only preoccupation. We also have to keep in mind that censorship was taking place in the army, and that postcards were not the best format for expressing deep and private thoughts.