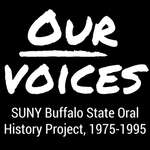 Born in Detroit on March 25, 1915, he received his bachelor's degree from Eastern Michigan University (1937), his master's degree from the University of Chicago (1938) and his doctoral degree from the University of Michigan (1945). Cruickshank served in the U.S. Armed Forces as a clinical psychologist in 1942-1945. During 1946-1966, he was professor of psychology and of education and then directed the Division of Special Education and Rehabilitation, Syracuse University. He was appointed Dean of Special Services and the Margaret O. Slocum Distinguished Professor of Psychology and Education at Syracuse in 1952. In 1966, he joined the staff at the University of Michigan as Director of the Institute for the Study of Mental Retardation and Related Disabilities, a position he held until 1980. He was also professor of psychology and of education from 1966 to 1985. Active in both domestic and international research on children with physical and mental disabilities, Cruickshank received numerous awards from foreign governments and domestic organizations. They include two appointments as a Fulbright lecturer to the Ministries of Health Education in Peru, five honorary doctoral degrees from U.S. universities, including a SUNY Honorary Doctorate from Buffalo State College in 1985, and one from the Universidad Nacional Major de San Marcos de Peru. Cruickshank was one of the speakers at the 1985 SUNY Buffalo State Commencement. He also served as a consultant to approximately 30 foreign ministries of education and, in similar capacities, to nearly every state and province in America and Canada. Cruickshank published widely in scholarly journals and authored, coauthored, edited or coedited more than 40 books. Dr. Cruickshank passed away August 13, 1992.